We were leaving work last week when we saw it, parked outside our office: a 2015 Lincoln Navigator. It was sitting there, alone in the wild, seemingly unattended. After a few moments, the signature LED lighting came on and the Lincoln welcome mat shone on the ground by the driver’s door. We watched the owner approach the vehicle, enter, and depart. 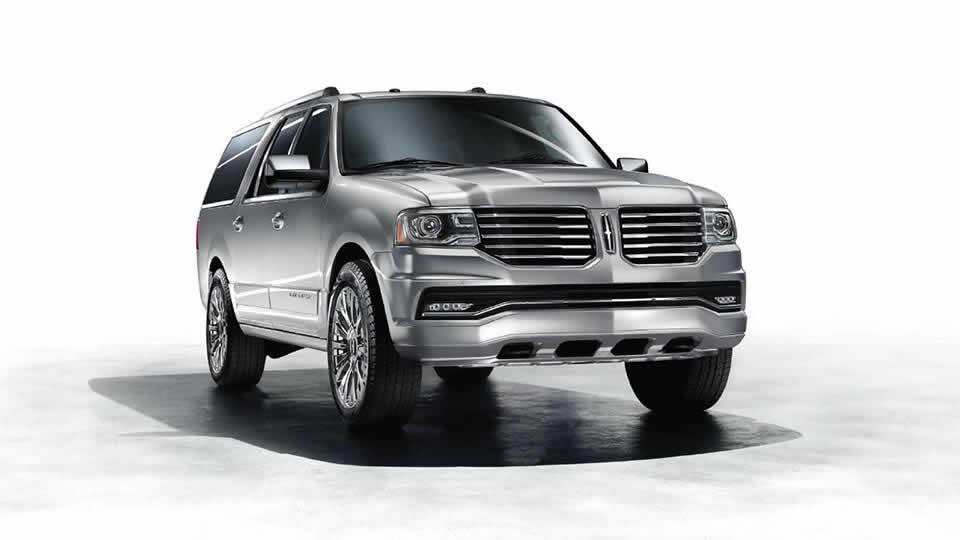 The next day we went on Leith Lincoln’s website to see if they had any new Navigators in their inventory. They had three. We called up our man, Carl Banks, and asked for a test-drive. He said yes.

That’s how we wound up behind the wheel of a 2015 Navigator this week, that’s how easy it is for you to do the same, and that’s why we’re going to tell you all about what Lincoln has done to refresh their full-size SUV. 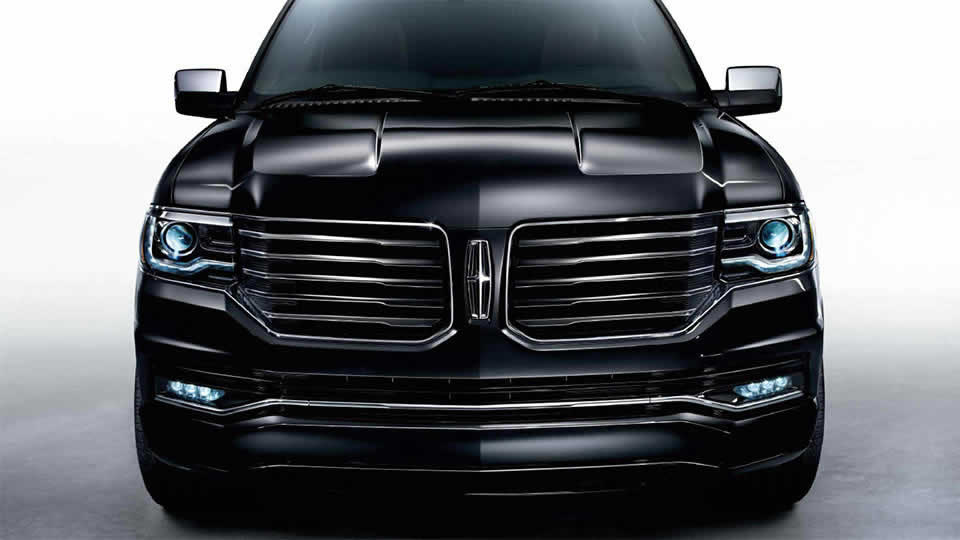 Every test-drive we take with Carl becomes a conversation, but first he likes to show off the car. He had not one but two Navigators around back warming up for us. One of them was the Navigator L, for those who need extra cargo capacity.

You might remember us saying that we won’t have to wait too long for an all-new Navigator, one likely based on the platform underpinning the new F-150. In the meantime, the 2015 model is no slouch and no placeholder. It brings improvements across the board. 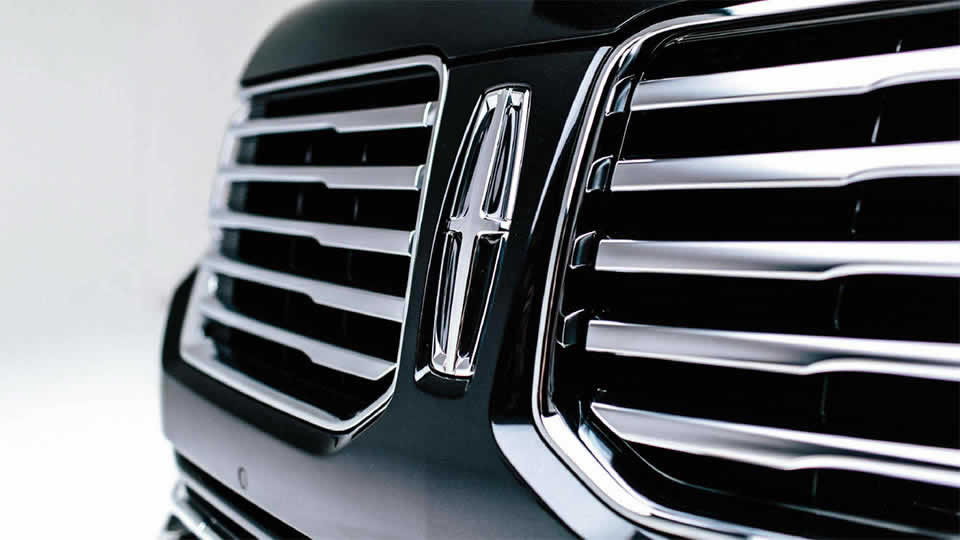 Carl’s emphasis lay with equipment and features that might have been options before, and may still be options on competing vehicles, but which the 2015 Navigator makes standard. For starters, there’s the 3.5-liter EcoBoost V6 engine, bringing improved power to the tune of 380 horses and 460 pound-feet of torque. That’s power you’ll need to make use of the standard tow package. Your best-in-class towing experience gives you the ability to tow up to nine-thousand pounds of boat, or whatever suits your needs. The twin-turbo charged, direct-injected EcoBoost also delivers best-in-class fuel economy as estimated by the EPA, and you can fill up with regular fuel.

“But what about the V8?” you might ask. We relayed your question to Carl.

“There are no more V8s in any Lincoln models!” he says in mock anguish. It’s true, the 3.5-liter V6 is your only engine option, but that’s exactly why you’re getting increased power and fuel economy. Now do like us and put your head to the ground. Listen to that thrumming roar. That’s the march of progress, and progress doesn’t have time to get sentimental about the extra cylinders it’s leaving behind. 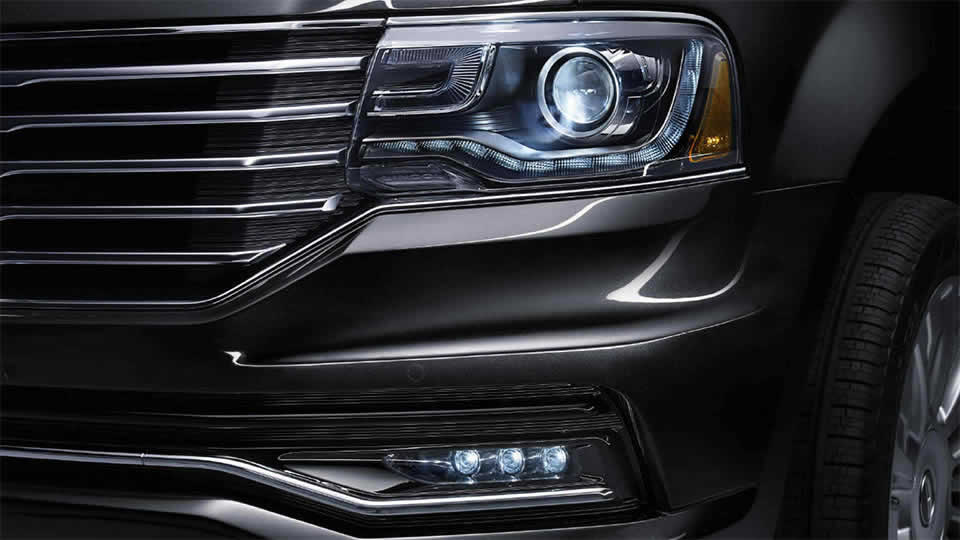 Other standard features include those LED signature and daytime running lights, power-deployable running boards, a tilting and telescoping steering wheel, and a THX-brand sound-system. Again, these are standard features. You aren’t paying more for them, they are included in the base price of the vehicle. Amazing, isn’t it?

Another new standard that families are sure to love is a fully customizable second row.  For easy access to the third row seats, you can choose between a bench seat for three people, captain chairs with console, or captain chairs without console. It’s all up to you, for no extra charge. The Navigator can seat a maximum of eight people.

When he was done, Carl gave us a choice of the Navigator or the Navigator L. Big cars aren’t our standard fare, and we wanted to see how the EcoBoost performed without the additional weight, so we opted for the standard size. With that said, we stepped up into the driver’s seat, adjusted everything to our liking, and headed for the road. 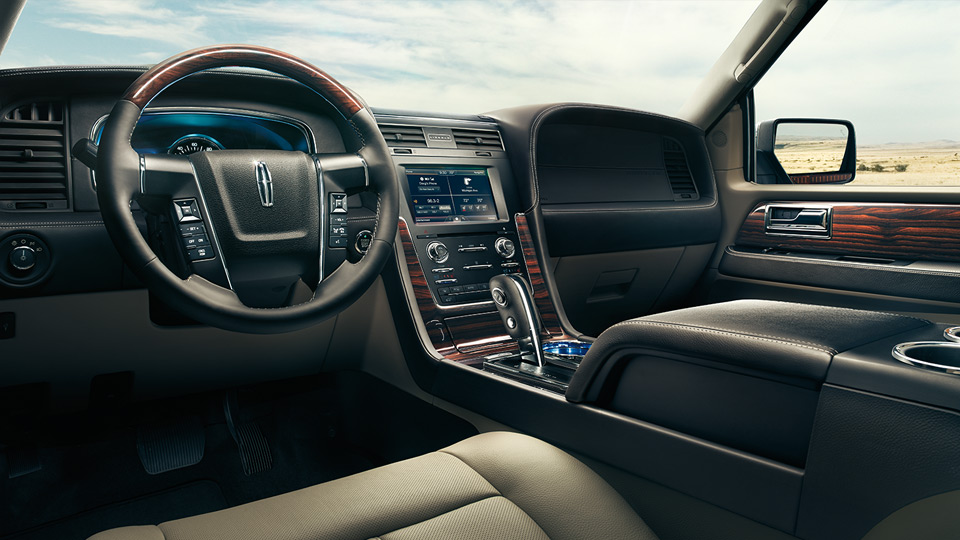 Talk of the Town

The driving part of the test-drive is when we really get to talking. Generally we compare notes with Carl on what we’ve heard, the latest rumors and announcements from Lincoln, which ones are most exciting, and so on.

We’re both chuffed about the new MKX that was revealed in Detroit, and Carl expects it to arrive sometime this summer. The Harman Revel speaker system that’s coming with that car is an especially bright spot for us to look forward to.

Then of course there’s the multi-billion dollar platform that Lincoln is investing in, and we took some time to speculate about what that could end up carrying. Carl wagers it’s going to be a long wheelbase MKS, while we think it’s going to take the form of a more worthy successor to the classic Town Car, one that will pay dividends in the rapidly expanding Chinese market. 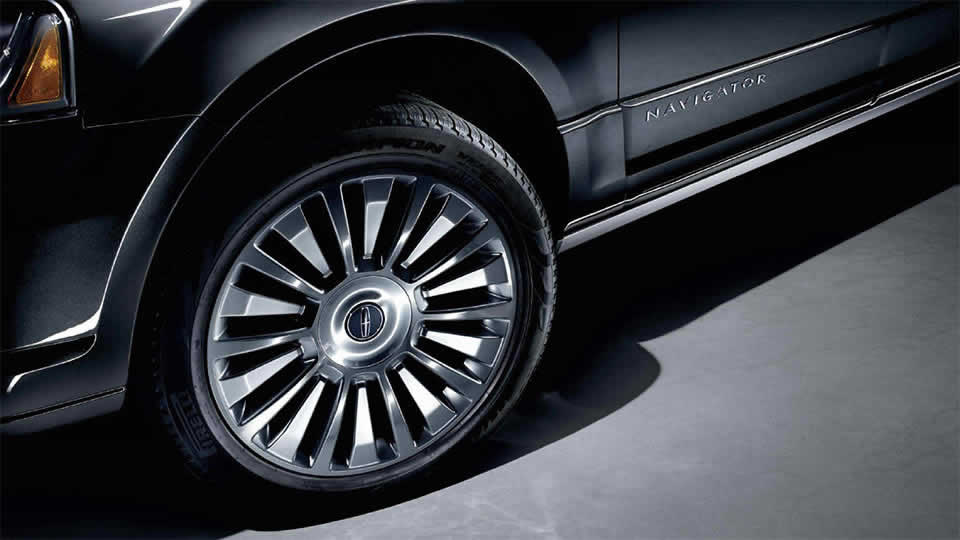 All that gab aside, we were also having a separate conversation, one with the Navigator itself. From behind the wheel, it looks like the rest of its Lincoln siblings. The MyLincolnTouch interface is present in the instrument panel and the touchscreen display on the center stack, so we had no problem finding our way around. The multifunction steering wheel also has the voice input controls we’re used to.

Speaking of that steering wheel, it was one of our favorite parts of driving the Navigator. It’s large and covered in fine leather, except for the top band, which is wrapped in Prussian Burl Wood. There are grooves that your fingers find easily, excellent for helping you keep your grip and placement if you need to back a trailer. 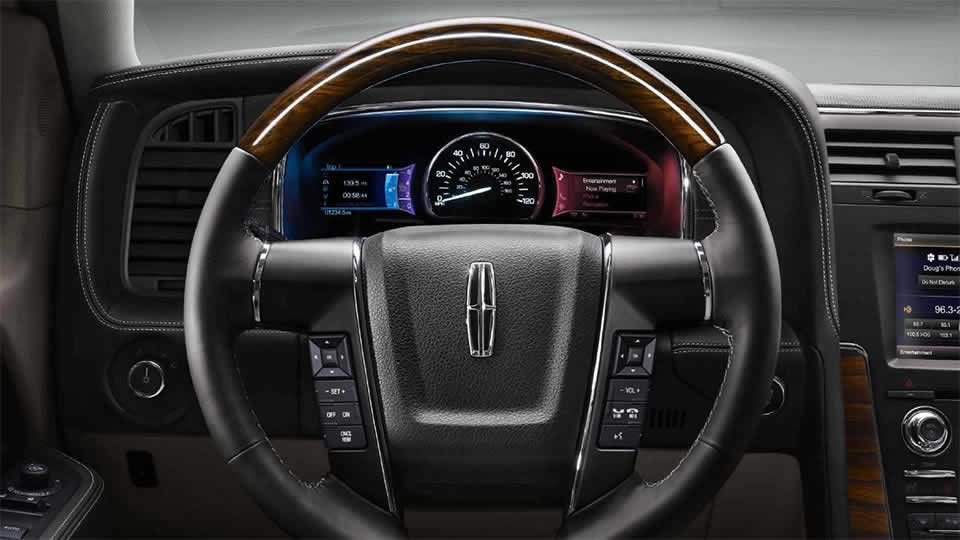 We mentioned that we weren’t used to driving full-size SUVs, but after our test run in the Navigator, we can certainly see the appeal. You sit above the rest of traffic, surveying the road from what we can only describe as a position of power. Best of all, when we put our foot down, that power is there, unbidden. At no point, city or highway, did we feel like the car was sluggish or unresponsive. The steering felt great and as agile as a large car – basically a truck – can be, and the brakes never gave us cause for concern.

It’s also assuring to know that we looked good while we were roaming the streets of north Raleigh. Many SUVs can’t shake the brutal, boxy look of their frame, so the Navigator’s handsome veneer is particularly nice. We have to say, the squared off look works especially well with the split-wing grille, and the optional 22-inch wheels on our demo car look nothing short of dashing.

Consider that there’s another level to this experience, too. The Reserve edition “looks rich,” in Carl’s words. It has the finest leather offered, Ziricote wood appliques (typically found in high-end yachts), and tasteful chrome supplements to the exterior. 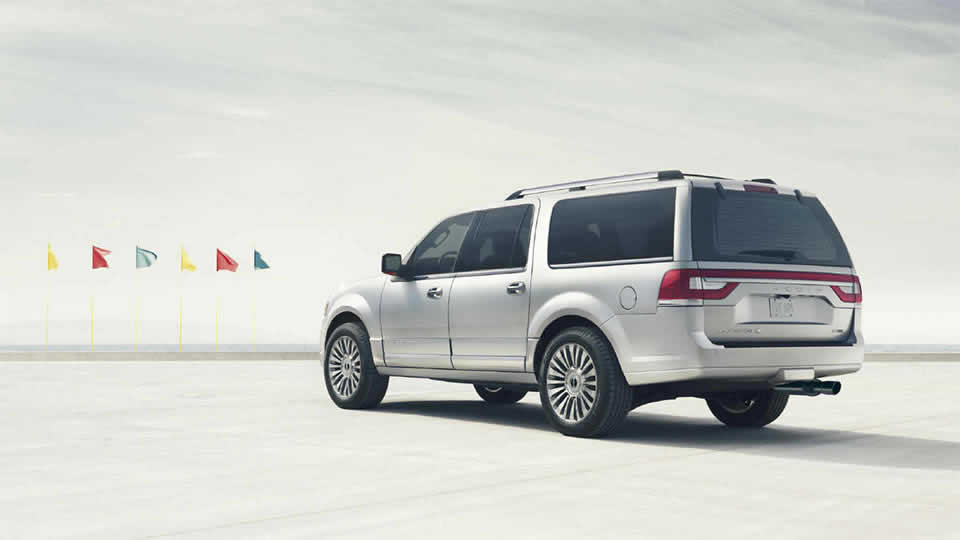 Overall, the 2015 Navigator was all that we expect from a luxury SUV and more. It remains the perfect mode of transportation for families who have outgrown their previous cars. A new engine affords you flexibility on the road, and an extended list of standard features ensures you’re getting the most out of this model, particularly when compared to the competition. In our books, the 2015 Navigator is an update, an improvement, and a worthwhile step toward the next generation.

As always, we thank Carl Banks for taking time out of his day to make these test-drive reviews possible, and we thank Leith Lincoln for letting us demo the car. If you’re interested in having your own test-drive experience in the new Navigator or any other Lincoln model, call or visit Leith Lincoln in Raleigh.

Behind the Wheel: The 2015 Lincoln Navigator was last modified: December 18th, 2015 by Leith Lincoln

Meet the Leith Lincoln Staff
How to Calculate MPG: How Fuel Efficient Are You?